Rome is the City of echoes,

the City of illusions,

and the City of yearning…

Rome is one of the most glorious places I’ve ever visited, and I’m lucky enough to have lived there for 6 months, so it seemed like the perfect place to go with my best friend just before she moves away to Vietnam.

Going back to Rome felt like going home and I had the most magical week. Here is a list of things to help you get the best out of the City during your visit!

Italian’s laugh in the face of your carb fears! 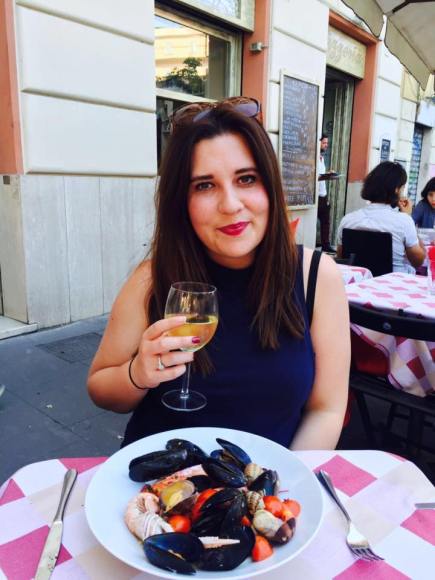 Sleep in and stay up late

Maybe I’m just saying this to make myself feel better over my own laziness, but dude – do you know how hot Rome is in the peak of Summer for a Brit like myself?! Really god damn hot.

Sightseeing was a whole lot better when we started a little later in the day, and stayed out into the night.

Okay so I literally only know a handful of phrases, but the difference it makes when you try and put them into action is ridiculous. Make an Italian smile by giving it a go yourself and you will probably, maybe be rewarded with free pizza over drinks when you tell your waitress that you skipped dinner because you had a big lunch… YAAAAS!

This literally goes for any European City, and probably anywhere in the world. Don’t buy a souvenier at the first cost that you’re offered it, because you can probably get it for half of that.

And when it comes drinks by tourist attractions then say that you will look at prices elsewhere and they will probably drop the price of your drink by a euro or more because they want your custom.

Treat yoself to the occasional expensive drink for the view

I’m all about saving pennies where I can, but there are some things that are definitely worth forking out the extra for, like catching up with an old friend over beers next to the Pantheon. 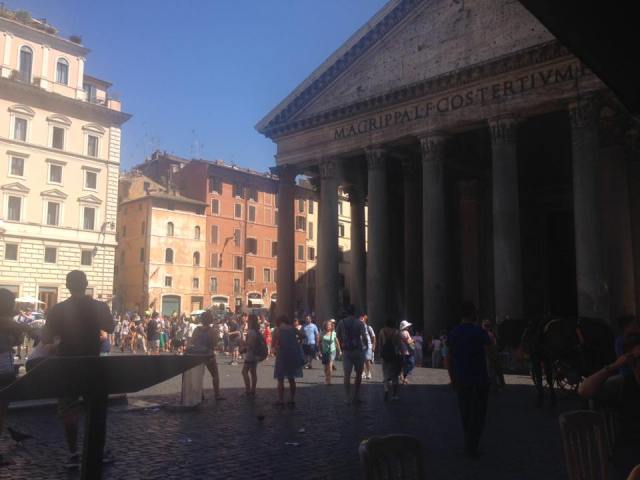 Accept that you don’t have to take pictures of everything

There are times when you need to put down your god damn phone and understand that you shouldn’t take a picture of something… like someone in mid confession in the Basillica of the Vatican.

I’m not even a religious person, but it has taken a lot for that person to put themselves out there and share their ‘sins’ to the priest in the box, so don’t try and capture that. There are plenty of other empty confession boxes that you can go and take pictures of without snapping away at that person.

Get your drink on at Circolo degli artisti

This is my absolute favourite club in Rome and is well worth your dolla. There is a room of music inside for everyone, and if dancing isn’t your thing then there is a huge garden that goes on forever with tons of bars and food stalls outside too.

Check out the cat palace

Okay so it’s not actually a cat palace, but unbeknownst to me until I googled it recently, it is actually a cat sanctuary. Amidst a busy high road in central Rome you will find old ruins that had something or other to do with Julius Caesar … (so good at History), that are now cordened off to the public and are a safe haven to a bunch of cats.

It’s a pretty cool place to check out and even sit by whilst the sun sets with a pal and a beer. 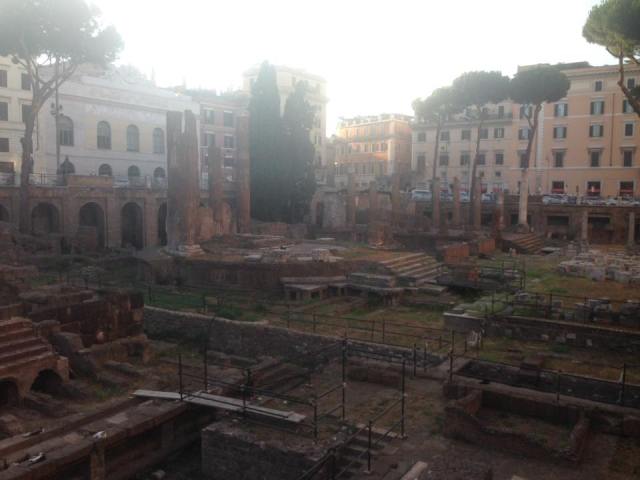 Get into espresso in a big, big way

I’ve always been an espresso gal, but on my recent trip my best friend decided to give them a go herself and didn’t look back for the rest of the time we were there. I’ve never been prouder.

They really are the perfect boost of energy to keep you going after a heavy night, and maybe even make you look a little bit Italian, lol.

Chill out at the Spanish steps

They were being renovated whilst I was there recently which was such a shame, but one of my favourite things to do in Rome is walk up and down the Spanish steps and then chill out and soak in the atmosphere and people buzzing all around me. It’s a great place to find both tourists and locals in the same spot, forgetting that they’re in one of the busiest Cities in Europe.

Jazz up cultural excursions with your Snapchat 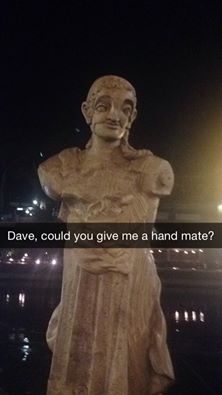 Pay a visit to the Yellow Hostel

Located near to Termini, this is easily the most talked about Hostel in Rome. Even if you aren’t staying there, it is still a great place to head to; to enjoy the cheap bar and the events they put on there – plus it’s such a great way to meet other travellers!

Spend as much time as you possibly can in Trastevere

Trastevere is easily the most underrated area in Rome. By day you can wander along the cute, cobbly streets indulging on carbs and wine, and at night it’s almost unrecognisable as it transforms into the booziest, happiest, most buzzing quarter full of groups of friends drinking on the streets.

If you can afford to spend a little extra then I would definitely recommend getting an apartment here for your visit.

There’s probably only so many times that I can get away with saying that somewhere is one of my favourite places in Rome, but SORRY NOT SORRY, I’m saying it again. This is such an awesome piazza surrounded by bars and places to eat, and if cash is a little tight then grab a couple of beers from a shop nearby that you can have whilst sitting on the monument and soaking in the atmosphere.

These is something for everyone here and it’s such a great place to spend an afternoon. If you can then grab a spot on the wall that overlooks the amazing view of the Piazza below. This is an ideal spot for some road beers and chatting away to strangers whilst you listen to street performers. 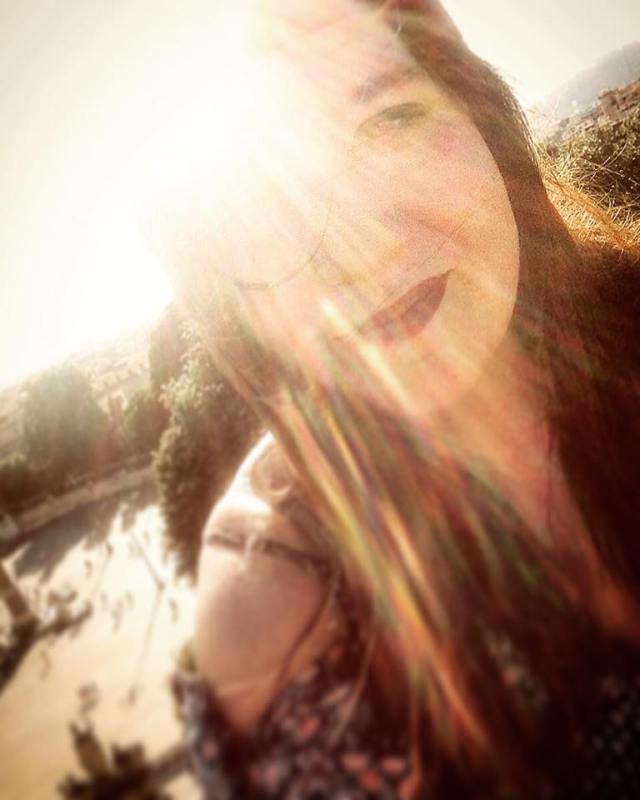 Shout “are you not entertained?!” in the Colosseum

Tick off a new Country whilst you’re there

Technically the Vatican is it’s own Country, and so you can jump between two Countries for as long as your heart desires.

Wave at the Pope

Sadly he wasn’t there during my recent visit, but the Pope pops out to meet people fairly often so research the days ahead of time and you could be in with the chance of seeing him in his lean mean pope machine!

Try and get there for around 3/4 in the morning if you want to see it in all of it’s magical glory without all the crowds surrounding you. 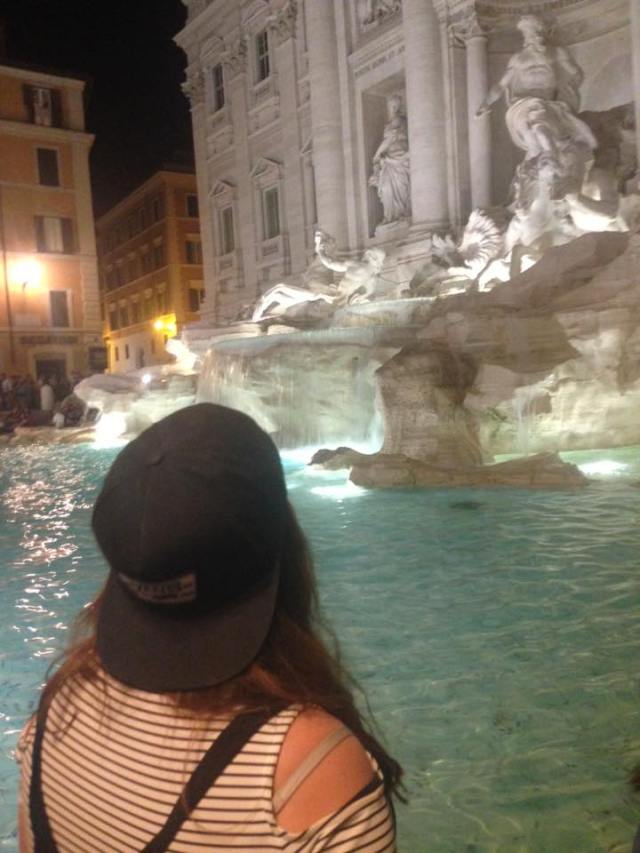 Where else do you love in Rome? I’d love to hear in the comments below!

Next I’m off to Budapest for a music festival two weeks so if you want to keep more up-to-date with my adventures then you can find me on Instagram!

2 responses to How To Spend A Week In Rome